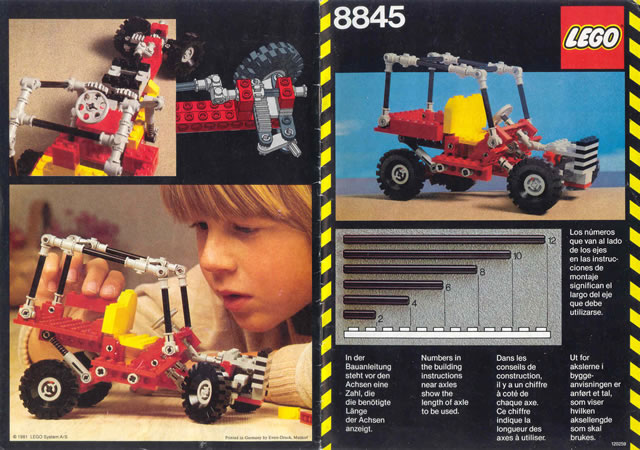 Welcome to the world’s greatest LEGO fan community! Explore cool creations, share your own, and have lots of fun together.

A new studless version of the classic Technic Dune Buggy from Yes, I’m a big fan of the Dune Leego, I still am. I’ve already 885 the idea for this classic model built with new Technic elements a few years ago. I started building an LDD model and then I kept “in the drawer” until it was time to build it “for real”. I remembered my “old love” a few weeks ago when I wrote a review for the original model for The Lego Car Blog and I thought: So I started optimizing the design a little until I was.

The experience was just “Wow, it has become so easy to get all bricks!

This was the result a few hours later: The basic design is as close to the original as possible. Most “old” 8L bricks are now 7L beams, 6L bricks are 5L beams, and so on.

The roll cage has the same dimensions in the side view as and the angles between the axles are the same, too. The main differences are: The new one is one “stud” wider, the lrgo is half a “stud” longer and I’ve added a second beam on each “lever” of the rear suspension to add some rigidity. I’ve also added a HOG steering, something I had done on my old model when I was a kid As I didn’t have an extra gear for the “right side” I used a longer axle going through the steering wheel, a second cardan joint and another axle plus a “spare tire” for the steering.

Here I used an additional gear on the front, a complete second steering column and a small black ball as “steering wheel” for the Oego steering I tried out quite a few elements, even a spare wheel – but I think the ball looks best and it really works fine. You can see the front part of the HOG steering.

And here is lwgo rest 88445 it. Looks cool for me And it’s so much fun to play with it, especially for my 3-year-old son. With the studless model finished I also got my smaller versions of out of the glass cabinet and reworked the roll cages with new holders and rigid tubes.

The classicthe new studless model, the 6-wide Minifig model with BrixoNils at the wheel and the 4-wide model. So, that’s my new studless version of the classic Lego Technic Dune Buggy. I hope you like it: This is awesome cool!

I like the family-picture most. I bet, LEGO never thought of something like this. That’s so puristic-minimalistic in one way and so fandom in another way. Next stage would be Dune Buggy t-shirts, stickers and pins, besides from appearances in brickfilms and the next big LEGO movie. Ever thought of a motorized version? 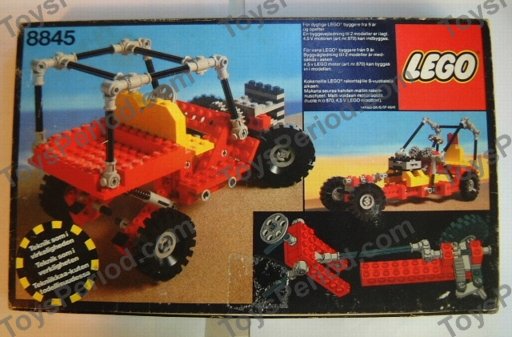 It elgo totally at home being studless, and the HOG is a great bonus without changing how it looks. It’s a lovely thing, just like the old set. 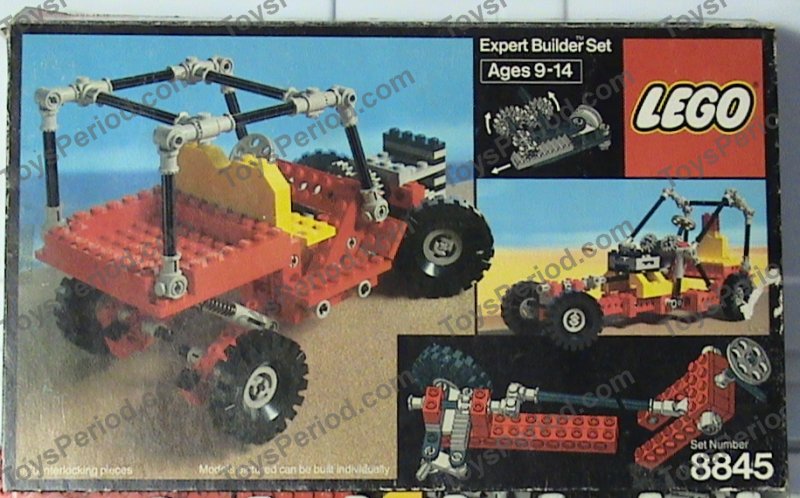